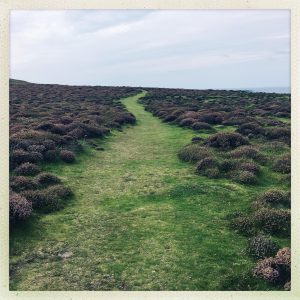 Being in nature helps to declutter our minds. The path is then obvious.